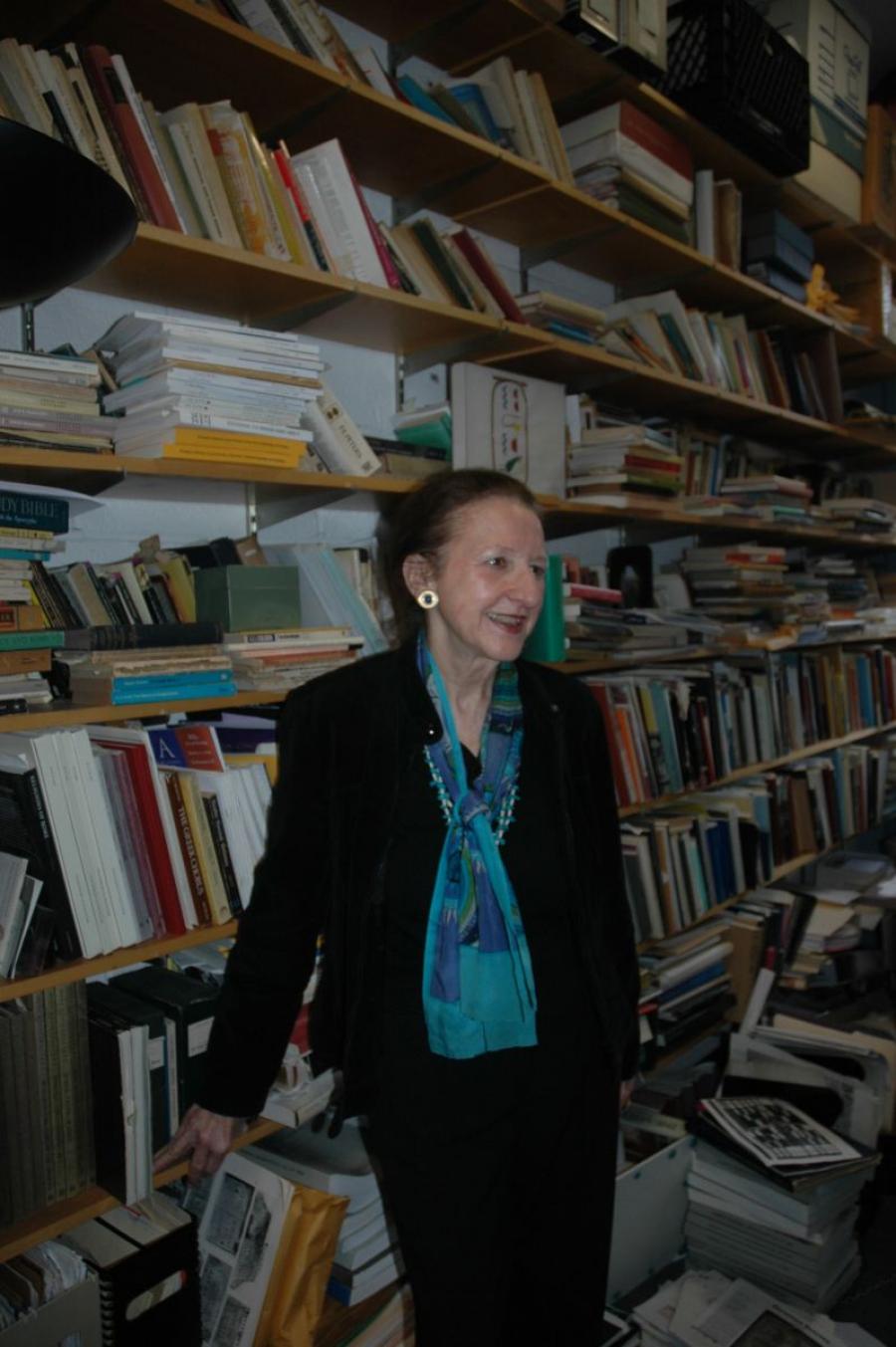 The AIA is deeply saddened by the passing of Larissa Bonfante and we extend our condolences to her family, her many colleagues, students, and friends in the world of archaeology.

Larissa Bonfante, emerita professor in Classics at New York University, passed away in New York on August 23, 2019. She was a great friend of students, scholars and cats, and a respected classicist, archaeologist, Etruscologist and art historian. She was born in Naples in 1931, the year that her father Giuliano Bonfante, a prominent linguist and anti-fascist, had to flee Italy; her mother was Vittoria Dompé. The family arrived in the U.S. in 1939 and Giuliano taught at Princeton University. Larissa grew up in Princeton and earned degrees at Barnard College (BA), the University of Cincinnati (MA) and Columbia University (Ph.D.), where she studied with Otto Brendel. At NYU (1963-2006) her research and teaching spanned Classics, art history, women’s studies, and above all, Etruscology.

Larissa founded the American Section of the Istituto di Studi Etruschi ed Italici, and its bulletin — Etruscan News – is now in its 23rd volume and online. When her father was urged to write on the Etruscan language from his viewpoint as an Indo-European expert, Larissa co-authored the indispensable The Etruscan Language, An Introduction (1983, 2nd ed. 2002). With Maria Luisa Porzia Gernia, in 2018 she published Giuliano Bonfante and Historical Linguistics, 1930-2000.  Her most recent article is “Lovers of life & luxury” in Ancient History 22 (July–August 2019: 22-27). At the time of her death she was completing a book based on her 2007 Jerome Lectures, Images and Translations. The Etruscans Abroad, a wonderful work covering ancient art and society from the Near East to Greece, Etruria, and Western Europe.

Larissa promoted international cooperative efforts such as the exhibition Gens antiquissima Italiae: Antichità dall’Umbria a New York (Perugia: Electa, 1991). She generously gave chapters for many compendia such as The Etruscan World (2012) and Women in Antiquity (2016). She supported a symposium at Columbia in April 2016 which is soon to be published as The cup of Dionysos: new approaches to the kantharos. Papers in honor of Professor Larissa Bonfante, in the Babesch Supplements Series (eds. F. De Angelis and Delphine Tonglet).

Her many other publications include:

Larissa’s additional honors include: Visiting Member, Institute for Advanced Study, Princeton, NJ, 1980; Great Teacher Award, Alumni Federation, NYU, 1983; Dignitario, Ombra della Sera, Volterra, 1983; Golden Dozen, Dean’s Award, NYU, 1987; Premio Tagete for Archaeology, Tarquinia, 1990. Archaeological Institute of America, George Hanfmann Lecturer, 1999-2000; Homer Thompson Lecturer, 2000-2001; Richard Howland Lecturer, 2001-2002; Oklahoma Scholar Leadership Program (OSLEP), 2004. She delivered the Thomas Spencer Jerome Lecture Series (University of Michigan and American Academy in Rome, 2006-2007), and the prestigious AIA Norton Lectureship (2007-2008). In 2009 she was elected a member of the American Philosophical Society. Larissa Bonfante has served the AIA as vice president of the New York Society, as a member of the Governing Board, as a lecturer, and as a member of the editorial advisory board of the American Journal of Archaeology. In 2007 she was the recipient of the AIA’s Gold Medal Award for Distinguished Archaeological Achievement.

Whether giving a visitor a personalized tour of the Metropolitan Museum of Art, sharing the family house in Trastevere or performing scholarly introductions, Larissa enthusiastically went beyond the call of duty to create opportunities for students and fellow scholars world-wide. Her expert scholarship and friendly presentations have inspired generations of teachers and researchers and have made the supposedly “mysterious” Etruscan culture and language accessible and intriguing to general audiences and academics alike.