Stefano De Caro: “Conservation of cultural heritage is important to building a future of peace”

This year marks the 60th anniversary of the establishment of ICCROM.  In 1956, a mere 11 years after World War II and while many European cities still lay in ruins, the Ninth Session of the UNESCO General Conference in New Delhi decided to create the International Centre for the Study of the Preservation and Restoration of Cultural Property (ICCROM). However, the seed idea for an international entity devoted to heritage conservation is much older. Already in in the 1930s, there was a lively global debate between scholars, scientists, restorers and conservators in which the worlds of science, museums and arts exchanged ideas on how to safeguard humanity’s common cultural treasures.

During a recent interview, ICCROM’s Director-General Stefano De Caro noted that the concept of cultural heritage has changed dramatically since the organisation’s inception.

“Nowadays, the idea of heritage has completely changed. It is multifaceted, including tangible and intangible assets and even cultural treasures from the world of nature,” said De Caro.    “The preservation and restoration of heritage is no longer in the hands of experts.  It is a topic that matters to the civil society as a whole.”

De Caro argued that while conservation is important as such, it is even more fundamental to involve local communities. In his view, conservation can also help communities unite around the cause of cultural preservation in times of conflict and division.

“One important reason why an international organization such as ICCROM is so crucial is that cultural heritage preservation can be a catalyst for dialogue and peace, much as it was before and after the Second World War,” observed De Caro.

Before World War II, the League of Nations – an organization created in the wake of the horrors of World War I – established the International Office of Museum (IOM) to foster international cooperation on conservation and restoration issues. Experts from many countries, who had fought on opposing sides in the Great War only a few years earlier, were now sharing or exchanging best practices and debating on the use of new scientific methods for conservation and restoration.

“There were different issues,” recalled De Caro.  “In the USA, museums were trying to avoid the trafficking of fakes.  This was a genuine problem at the time, when even art historians had bought counterfeit artworks.  This is how scientific experts entered the world of arts and museums.”

Italy, however, was dealing with entirely different issues. “We did not have to buy anything, but we needed to conserve properly.” In De Caro’s view, the demand for scientific knowhow in preservation led to the establishment of several scientific associations in the United Kingdom, Germany and Belgium. “In those years Italy was on the cutting edge of that effort, thanks to the restoration theories of Cesare Brandi who pioneered the use of science in preserving art.”

Cesare Brandi, Paul Coremans, Paul Philippot, and H.J. Plenderleith were among the main protagonists in this “magical story” which told of the efforts and vision of those who sought to enlist the help of science in protecting cultural heritage.

“After the tragedy of the Second World War, Europe faced the daunting challenge of large scale reconstruction.” De Caro additionally noted the many new countries that emerged in the wake of World War II and the subsequent processes of decolonisation.  These new nations were newcomers in the world of cultural preservation, and they were keen on creating their own capacity by setting up conservation and restoration institutions not linked to former colonial powers. “There was a huge need for local experts,” said De Caro, “and consequently for conservation and restoration schools that would be free of colonial associations.”  These new challenges had come to the centre of a lively international debate involving ICOM and recently created UNESCO, a debate which eventually resulted in the establishment of ICCROM. 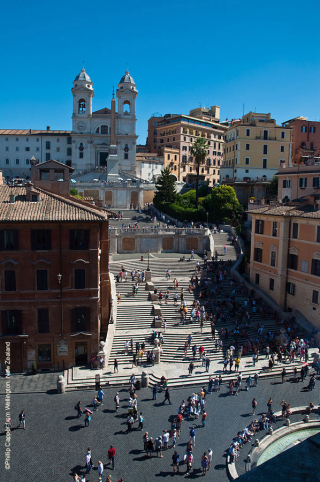 Rome, the “eternal city,” became a natural choice for ICCROM’s headquarters.  De Caro argued that the Italian capital had always been a crossroads of cultural exchange, an international cultural hub attracting artists, scholars, and anyone aspiring to a high-level cultural education.  “This city has a clear and unique centrality in cultural terms,” he said.

When the decision was made in New Delhi to create ICCROM, the first item of business was to find Member States.  The first five countries to join the new organization were Austria, the Dominican Republic, Spain, Morocco and Poland. By the time of ICCROM’s first General Assembly in December 1960, several more Member States had joined, including Italy.

“Our first course was on architecture,” De Caro recalled, “followed by courses on mural paintings and city planning. Prominent experts worked together, such as Giorgio Torraca, Paolo and Laura Mora.”  De Caro noted that the development of conservation policies, training, capacity building and field activities were ICCROM’s core business from the very beginning.

And yet while many of ICCROM’s core activities and values remain the same today, new challenges have emerged, challenges brought about by mass migrations and issues of ethnic and cultural diversity.  “Nowadays,” said De Caro, “there is an important need to reinterpret cultural heritage in huge multi-ethnic cities, which must enlarge the cultural umbrella to include those people coming from other lands.  Cultural heritage represents the memory of the people who are migrating to new countries, but also the new culture which welcomes them.” Though it is a big challenge, in De Caro’s view, “we have a duty to change the common narrative to build a future of respect, dialogue and peace.”

“Today’s world faces many problems not unlike those that emerged from World War II,” concluded De Caro.  “But I am confident that today’s cultural experts, with their universal and inclusive world view, can be the key to dialogue and peace.”